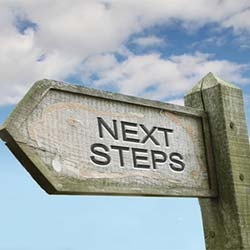 This is what I did when I first got the idea of moving to Spain. Before I came to Spain, I hadn’t traveled for a while.

My last trip was to Iquitos, Peru in November 2008, where I did an ayahuasca journey in the jungle. It was a long flight and it left me exhausted. I just wanted to rest after that.

After about a year my batteries were recharged and I felt the urge to travel again, so I started exploring different possibilities. I looked at countries such as New Zealand, Australia, USA, and many European countries.

I ended up going with Spain, because it felt good both in my heart and in my mind.

I’ve been an explorer ever since I got out of school. I’ve never been bound down by a day-job, so I’ve always been free to go wherever I want, whenever I want.

Even if you have a job, there’s always room to explore. You don’t necessarily have to travel. Remember, there are no excuses, except the ones you create.

Changing Your Mind is Normal

I tend to change my mind frequently. That is annoying to many, because many people are used to maneuvering through their lives with logic.

When they make a decision, they don’t want to change it, because that would mean that they were wrong.

When you’re exploring, you will be trying a lot of new stuff. Some of it will stick, while some of it will not. They key is to keep experimenting and keep taking action.

As you grow more experienced with your journey and your feelings, you will start to get a feel for what you like and don’t like, which will help you avoid giving other people false expectations.

When you do enough exploring, you’ll have realization, a-ha moments and fascinating experiences. I’ve realized that sometimes you have to go around the world to realize that you already had what you wanted.

One Step at a Time

When you’re exploring, you will most likely only feel the step in front of you. For example, before I came to Spain, all I knew was that I wanted to move.

If I try to figure out more than one step, it becomes a logical process, which is good, but you have to be careful, because it can easily become a problem.

Now that I’ve been in Spain for almost 7 months, I’m beginning to feel what my next step is. I’m not going to reveal it just yet, because I want it to grow just a bit, but I think you’ll be surprised when I write about it before this year comes to an end.

There are a few things you can do to enhance your journey. The following five steps are what help me focus on what’s important and what’s not.

I don’t always succeed of course. There will always be days when you’re not feeling like doing anything, but that’s to be expected.

1. Logic. I’ve been on a logic-bashing parade lately. I’m not saying to discard logic altogether, but beware of when it becomes a problem, such as thinking yourself out of what you really feel like doing.

2. Worry. I see worry as a part of logic. When you worry, you try to deduce and predict the future. Usually none of what you think will come true comes true, so it’s better to acknowledge your worry and keep moving forward.

3. Excuses. There are many layers of excuses available to you at any time. But remember this: if you want to do something, there’s always something you can do to move towards it, however small it may be.

4. Focus. When I’m focused on one thing, I tend to get more out of my adventures. If you go after a lot of interests at the same time, you won’t have the time to explore the subject deeply.

5. Excitement. Always focus on what makes you excited at this very moment. The future or the past doesn’t matter. Focus on what you feel like now. If you feel like lying down for a day then do that, but do it fully and allow yourself to rest.

Doing nothing seems like a waste of time, but when you allow yourself to do what you want, you will naturally progress to other things when you are done.

If you try to force yourself to do something, it will eventually back-fire on you.

Here’s a bonus tip for those that don’t know what to explore: go after your procrastinations. What do you tend to procrastinate with? That’s usually a good hint.