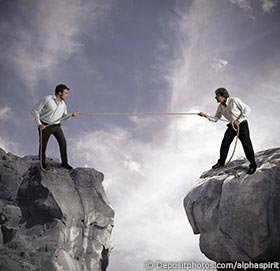 I had just launched Lifestyle Liberation Academy, which at the time was a 10-week course.

(It’s now a membership site with training, support, and community).

I’d been thinking about starting a membership site for years.

But the timing never felt right.

However, with my first large course launched, things changed.

My students began asking me about a community. They craved more interaction. Not just with me, but with their fellow students.

That’s when I got the idea for Lifestyle Liberation Tribe, a separate membership community with ongoing training.

But I ran into a problems.

Both mental and practical.

One of the challenges of starting a membership site is finding the right software.

I had to pay special attention to payment processors. I live in Europe, so accepting credit cards isn’t always clear cut, especially if you don’t want to use PayPal.

I ended up going with a payment processor I trust: FastSpring. This dictated which membership software I chose. I needed something that worked well with FastSpring.

For the community forums, I picked bbPress, a simple WordPress plugin that looked clean and simple.

My setup ended up being:

I Created a New Site to Test the Idea

With the software puzzle solved, I enlisted Eugen Oprea to help me get the Tribe set up.

I then personally invited Academy students to the Tribe. (Remember, at the time, the Academy was a 10-week course. The Tribe was the membership).

All I did was send an email to each Academy student. I shared what I had in mind. I told them that I needed help getting the Tribe off the ground.

The result? About half joined the early version of the Tribe membership.

At the time, I had no idea if a membership site would work. I knew that a few students had hinted at it, but I had no guarantees.

So I tested the idea by emailing existing students, and it was a hit.

People loved having a cozy place where they could come and ask questions, share stories, and support each other in the journey to doing what they love.

But Then I Began Hearing from People

Some people were in the Tribe but not in the Academy, which meant they missed out on the step-by-step business training.

It didn’t feel right to ask Tribe members to join the Academy right after they’d joined. I began wondering if there was a better solution.

Then something occurred to me: What if I merged the Academy and the Tribe?

Merging would mean having everything in one place, for one low monthly fee. It would make life simpler for my members, and for me.

The downside? Less revenue, at least in the short-term. But it felt right in my heart.

I had a good thing going. I had my course. And I had my membership.

I’m sure the confusion will die down eventually, I thought.

I did what we all do: I tried to peer into my imaginary crystal ball and foresee what the future held.

Doing this, I was plagued by confusion, uncertainty, and fear. I became stressed, because I was trying to force clarity.

One of my mental blocks has always been wanting to know where things will go. But I’ve realized that it’s impossible. I can’t know the future. I can only put all I have into this moment.

How I Snapped … Into Action

I was creating my own personal hell.

Luckily, I’d been through this same mental pattern before. I knew myself well enough to know what I had to do.

I had to let the idea simmer.

And simmer it did, for about a month.

As the days danced between night and day, the choice became clearer. Merging was the only option that felt magnetic. My heart said yes.

The only problem now was the overwhelm. The task of merging seemed insurmountable, like a mountain stretching into space.

Getting Rid of the Overwhelm

Once again, I’d been through this before. I knew how I made myself feel overwhelmed.

But it wasn’t impossible. I had engineered the feeling. It had nothing to do with the actual merger.

How did I get rid of the overwhelm?

I wrote down everything that needed to be done. Writing eliminated 95% of the overwhelm, because how can I be overwhelmed when it’s all on paper?

Once I’d written the steps down, I looked at the scrappy piece of paper, and I smiled. There were fewer steps than I had imagined. I had blown the merger out of proportion.

Then I shot an email to Eugen, and we got started.

I knew some wouldn’t like the merger of Academy and Tribe.

There was bound to be confusion and frustration, which would be directed towards me as criticism and anger. I was ready for it.

I announced the merger weeks ahead of time. I outlined the what, why, when, and how. I did my best to let everyone know. Still, some didn’t understand. Or didn’t read my emails.

I did my best to calm people down. And mostly it went fine. In the process, I learned how I could further improve the membership.

A Sign That I Was on the Right Track

After the merger was complete, I felt a sense of relief.

The Academy now contained training, interviews, support, and a friendly community, all in one place.

With this, I was ready to open up the Academy to my main newsletter subscribers. I had stumbled onto my best offer yet. I was proud of it.

But it never could’ve happened without me starting with a vague sense of what I wanted to do.

Rarely is the Road Straight

As I look back, I see that in order to get to the Academy I have today, I had to create a 10-week course, and then the Tribe (membership), and then merge them.

I never had to have it all figured out.

All I had to do was have an idea, test it, and course-correct along the way.

Rarely is the road straight. And it shouldn’t be.

Each mistake I make is a learning opportunity. I listen to my members, and I do my best to give them the best experience possible.

I Was Surprised by What Came Next

As the community has grown, the members have begun coming up with ideas on how the Academy could be made even better.

The Academy has become less about me, and more about the community, which is what I had hoped. But I never thought it would happen this fast.

I feel honored to be a part of this movement.

Doing what you love can be a lonely journey, which is why I created the Academy.

The Academy is a group of people on their way to doing what they love, or already doing it. We have fun, we grow, and we make dreams come true, together.

That’s the story of how I started a membership site.

I had no idea what I was doing when I started my membership site, or when I merged the Tribe and the Academy.

I have a lot more to tell about running a successful membership site, but let’s save those tales for another time.

The bottom line is that you don’t have to overcomplicate things.

You don’t have to know where you’re going in order to start.

All you have to do is listen to your heart, to your people, and do your best.

So test your ideas.

Put them out there.

That’s the only way you’ll discover what works, and what doesn’t.

P.S. If you’d like to learn more about the Lifestyle Liberation Academy, click this handsome link. (You can even grab some goodies if you get on the waiting list).