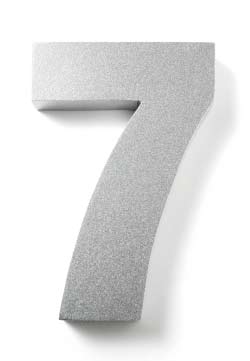 Picking the right niche isn’t just about what you want.

If you want to build a thriving business, you have to take into account what people are willing to pay for.

But even if you get that right, you aren’t guaranteed success, because it’s all too easy to blend into the noise.

You have to stand out from the crowd.

Also, you have to be willing to face your fears and keep going when the world around you seems to be falling into chaos.

The good news is that anyone can find the perfect niche and stand out from the crowd. It’s not a matter of if, but how.

The how is what we’ll cover in today’s article, and we’ll do that through the story of how one of my coaching clients did it.

His name is Dejan, and I’ve been working with him for what must be around six months now.

In the beginning, he didn’t know what he wanted. He was stuck, scared, and about to give up.

But how did he reach this stage?

And how did he find the intersection between passion and profitability?

And most important of all, can you do the same?

Like many, Dejan spent around three years stumbling around online. He wanted to start a lifestyle business, but he kept running into the wrong information.

He was scared to go after what he truly loved, because there was “too much” competition, and he wasn’t sure if he would have anything to say.

Besides, why would people listen to him when he wasn’t a superstar?

All of this kept him from finding a great niche.

But when he decided to take action, he bought one of my courses, and everything was flipped on its head.

Dejan realized that competition was good. It simply meant that people were spending money in his market, and that there were ample opportunities for guest posts and networking.

But how did he find his niche in the first place?

When Dejan looked at what he was interested in, he discovered that he’d always loved fitness, and especially building muscle.

He also started getting people asking him questions about fitness and building muscle, so he thought “there’s got to be even more people out there willing to pay for this knowledge.”

Dejan had brainstormed before, but he had excuses and fears stand in the way, so he automatically dismissed his passion for fitness.

Many people do this, because they don’t believe they can go after what they truly want.

This doesn’t mean you can do whatever you want, because there has to be a demand for what you want to do.

When I worked with Dejan, we looked at if there was competition out there.

Were other people making money in the fitness market? If so, how?

Were they selling ebooks, courses, supplements, or something we hadn’t thought of?

The research we did was very simple. It doesn’t have to take more than a few days. It just has to be done right, so you don’t end up building your empire on quicksand.

But it isn’t enough to just research viability. Plenty of people start businesses in markets that are filled with potential, but they don’t stand out.

They blend into the noise and no one cares, so they fail.

In order to stand out, you have to determine who you help and what you help them with.

This is not something most people get right off the bat, so don’t try to get it perfect.

Look at it like a scientist. You’re creating and testing a hypothesis.

If you don’t get the response you want, you tweak your hypothesis and try again.

The problem is that most people don’t know when to tweak and when to keep going.

And the answer came back: muscle building for hardgainers without the stress and struggle.

At this point, Dejan began to freak out a bit, which is very common, because he realized he could go after what he REALLY wanted.

When you reach the point of going after what you truly want, it’s almost as if all your fears and worries make an appearance.

And they bring all their friends.

It’s easy to stop here and stay in your comfort zone. Life is pretty good where you are, right?

But deep down you know that that’s bullshit. You want something more, and it’s time to take action.

Some of Dejan’s fears were:

He created disaster scenarios in his head, which paralyzed and scared the living daylights out of him.

As I helped him through them, Dejan again realized that the fears were not the problem, and he proceeded to take action.

While writing this post, I talked to Dejan, and he said one of the most important things for him has been to take small steps every single day.

He’s not as focused on the end goal, although it’s still there.

Instead, he focuses on taking at least one small step every day, even if only means working on writing an article for 15 minutes.

All of those minutes add up.

No matter what, you have to keep moving forward.

It doesn’t matter what your excuses are, because if you let them control you, you’ll never get anywhere.

You’ve probably noticed that a large part of this article is about what comes after you find your niche.

That’s because finding a niche is often not the problem, it’s the excuses and fears that come up after.

You don’t need to find the perfect niche, nor do you need an original idea.

You just have to be willing to take action and be flexible.

It may seem like I’m contradicting the title of this post, but to me the perfect niche is completely imperfect.

I got to where I am today by taking action. I was never 100% sure of where I was going or what I was doing when I started.

You will face fears, run into obstacles, and freak out, but what it comes down to is taking one step at a time, just like Dejan is doing.

The first thing to keep in mind is that you will face obstacles.

To find your niche, you have to find the intersection between what you want to do, and what others are willing to pay for.

But that’s not enough, you have to stand out and focus on exactly who you help and what you help them with, otherwise you’ll blend into the noise.

You don’t need an original idea, and it doesn’t have to be perfect, but you do need to start.

Once you do, you’ll notice fears and excuses pop up. Keep going anyway, and like Dejan, remember to take tiny steps to build momentum.