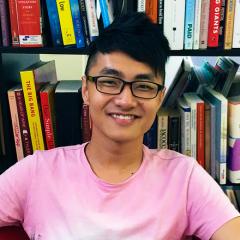 This is an interview with Zell Liew, a long-time member of Lifestyle Liberation Academy.

Zell has gone from nothing to making over $4,000 with his online business.

He started from scratch, not knowing anything or anyone.

This case study demonstrates that you can do work you love if you persist.

It may not be easy, but it can be done.

You may not be able to control the results, but you can do your best.

I hope this case study gives you a better glimpse at what it truly takes to get started building your business.

This is a simple text interview.

Each question is in large letters (in a heading), and below that is Zell’s answer.

Q: Can you tell us about yourself?

I’m a freelance web designer and developer based in Singapore. I’m 26 years old this year (2014) and I have just written and sold an ebook about a coding framework called Susy.

It hasn’t always been smooth sailing though. I had problems discovering my strengths and weaknesses. I had fears. I had worries.

I was studying finance in university, and I wasn’t happy. I even broke down and cried a few times, because I felt helpless.

Luckily, that was the time when I found Henri. That’s when everything began to change.

Within a span of 10 months, I managed to pick up enough programming knowledge to begin freelancing, and I wrote and sold my ebook approximately 20 months later.

I’m still amazed by what has happened. I never thought that I could have done something like this.

To be honest, I didn’t think much about making a living online when I started. All I wanted was to help people in a way that I enjoyed.

As Henri puts it, I wanted to find the intersection between what I was good at, what I wanted to do, and what people wanted.

When I wrote my book, I didn’t write it because I wanted to make a living online. I had two different goals.

I wanted to share my knowledge with others about the Susy framework, and I wanted to prove to myself that what I had to share was good enough that people were willing to pay for it.

Q: Did you struggle much in the beginning?

It really depends on what you mean by struggle. I wouldn’t say I struggled much, but I would say I had my fair share of difficulties.

Financially, I made a decent income from freelance work.

It was tough mentally to churn out content every single week. You could say I struggled with producing the right kind of content initially, because I had to overcome my fear of failure and my fear of judgement.

And that wasn’t easy to get through. I’m not fearless now. I’m still afraid of putting my work out there.

Getting people to read my content was another obstacle. I didn’t know how to attract the right people to my website.

But eventually, I wrote a tutorial on Susy (the framework), and it took off.

Q: What was your biggest fear in getting started?

I would say the biggest fear was the fear of judgement. I was afraid of what other people would think, so much that I kept quiet about blogging for almost 3 months (except to Henri and Academy members).

I’ve always been harsh on myself.

I was afraid that others would see my work as worthless. And that felt terrible when I started blogging. It was a horrible start.

Q: How did you overcome your fear?

I kept everything secret. About blogging. About coding. Everything.

I only revealed it to a few close friends whom I knew wouldn’t discourage me, or ask me too many questions. I also talked about it in the Lifestyle Liberation Academy, because people in there are nice and helpful.

In the beginning, because I was so afraid, I kept posting in the Academy to get feedback on everything I did. My design, an ethical email bribe, my articles, everything.

The feedback was always insightful and helped me keep going.

Whenever I feel scared or confused, I know I can always rely on Henri and the rest of the Academy members to help out. That’s why I always post my questions there.

You could also say that the Academy was the first step in changing my life. The achievements weren’t huge when I started, but it was the beginning of something new.

Q: How long until you saw results?

I started getting results 3 months in. I was new to design and coding at that time, and I didn’t know where or how to start.

I began by coding websites for Academy members. I made $50 with my first client for a full WordPress website. Industry professionals would probably find that ridiculous, but it was an essential step for me. I wanted the experience.

I created the website. I got one happy client. It boosted my confidence. 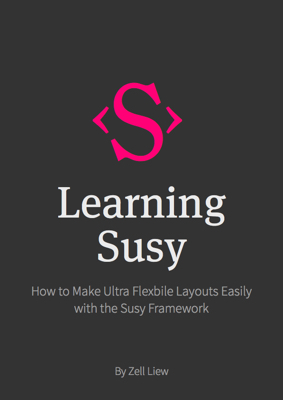 After 10 months, I got an initial spike in blog traffic. From that day on, my traffic increased steadily. So I had to do a lot of experimenting in the beginning, and I had to be persistent.

About 20 months in, I wrote and sold my ebook. I had 67 email subscribers when I began writing the book, and at the time of writing this, I have 700. (More on how this happened below).

On top of that, the ebook made over $4,000 within the first few weeks of launching it.

So you could say that it took me almost two years to figure out what worked for me, and I’m still trying to figure out how to make it work better.

Q: How have you increased your income and traffic?

The single most important decision I made was to give away 5 chapters of my book. (The book has a total of 16 chapters). It helped bring in new email subscribers.

I also write articles and I try to keep to a weekly schedule. I do miss once in a while though. I try not to worry too much about my schedule.

Q: How did you come up with the idea for your book?

It had been brewing for a few months. After I wrote the tutorial on Susy for my blog, I started wondering if people would be interested in something more in-depth.

I tried other ideas, but they all seemed to fail. So I gave this book writing thing a chance, and I’m glad I did.

I did some quick research, saw that people were interested, and I kept going.

Q: How did you create your book?

I wrote everything in my text editor, in a language called markdown.

It helps to separate the design of the book from the content and that allowed me to focus on my content.

I tried Ulysses III along the way, but felt that it wasn’t good enough because I needed to type a lot of code, it wasn’t a great experience to type code with Ulysses.

(Note from Henri: I use Scrivener when I write my books for Kindle. If you’re writing a PDF, I suggest Pages for Mac or Microsoft Word.)

Q: How do you sell your book?

I sell my book through Gumroad.

Gumroad is very easy to use. You can even allow people to preorder your product.

The only technical challenge I had was to add the Gumroad links as buttons on my website. Since I’m familiar with code, it wasn’t that much of a problem for me.

1. I have to begin before I am ready:

The biggest breakthroughs that I’ve had happened because I began before I was ready.

I didn’t know what to do, what to expect, what skills I needed, but I said to myself: “I’ll do it anyway, and figure it out along the way.”

And I have realized that it is by jumping straight in that I learn the best. That way I don’t waste time learning something I’ll never use.

I realized this only recently. Whenever I’m afraid, I know that there is something I want in there. If I didn’t care, I wouldn’t have felt that fear.

So the fear is a compass that pulls me towards the things that I really want to do.

For instance, one of my dreams is to be able to speak at a conference. The very first step to achieving that dream was to publish a book.

And I have been thinking about publishing this book for a long time, but whenever I thought about moving forward, I felt afraid, which kept me from starting.

I’ve also learned that when I run away from fear, I feel frustrated.

But when I face my fears, I feel wonderful and victorious.

And by overcoming the thing I fear the most, I will move toward where I want to be.

Q: What mistakes have you made?

My biggest mistake was not doing anything. Not starting.

And I do realise that I do that over and over again, which is why I keep feeling frustrated with myself.

Q: What advice would you give to the Zell just starting out?

I would tell young Zell that there nothing is guaranteed in life. Although he may have many different ideas, none of them are guaranteed to work.

Instead, what he can do is to choose one idea, start with it and see how it pans out.

If it doesn’t work, try another.

The most important thing is to keep working on one idea at a time, always.

End of the Interview

And that’s it for this time.

Thanks again to Zell for taking the time to answer my questions.

If you want to learn more about him, check out his website.

If you want to learn more about the Lifestyle Liberation Academy, click here.

If you have any questions or comments, leave them below.

All the best,
Henri

Join the free Wake Up Cloud newsletter, and get instant access to my report (+ MP3): 5 Steps to Finding and Following Your Passion.

You also get access to my newsletter, where I send out the occasional article, video, or promotion to help you dance toward your dreams.

When you're ready, fill in your email below, and get access instantly.