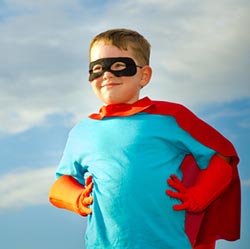 Note: This is a post by Marya. I helped her launch her first online course, and I thought it would be valuable if she shared her story of how she did that, so I invited her over. Enjoy!

Have you been toying with the idea of creating and selling an online course?

Maybe an ebook, an e-course or a video training series?

No matter how exciting the idea sounds, it also sounds somewhat terrifying.

So terrifying that you keep putting it off, because you don’t feel ready. You don’t have time, and so on.

The real issue is that you aren’t sure if you have what it takes to pull it off, so you sit on the proverbial fence and do nothing.

I know a quick solution to this problem: Get yourself a coach or consultant for your first product launch.

No, seriously. I mean it.

Getting someone to help you will make the difference between thinking about your idea and making it a reality.

I have been wanting to a launch a product for a while now.

While I had completed my research and I was feeling confident with all the information and resources I had at my disposal, it still didn’t answer some questions that I had about my particular situation.

For this reason, I sought out help from Henri.

From hundreds of coaches out there, the reason I chose Henri was simple: he resonated with me tremendously in how he conducts his own business.

Devoid of any over-the-top personality, he approaches everything in a calming manner and keeps things real.

How I Got the Idea

Henri kicked things off with the perfect question:

“The first step is to figure out what people want + what you can deliver. Do you have any clues on what your product might be about? What problems do people bump into?”

I had already surveyed my audience and I knew there was an even split between people who hadn’t even started blogging, and people who had and wanted to grow their business and blog.

I knew that for anyone who wanted to monetize or have an online business, the biggest issue was that they didn’t have their own email list.

It became obvious to me that my course would help people add their first 500 subscribers to their email list.

Even though, in my heart, I knew this is what I wanted to do, I talked the idea out with Henri. I wanted to get an outside perspective and make sure that I was on the right track.

I wanted to be sure that I wasn’t too attached to the outcome. I wanted to see if there were any gaps in my logic.

Henri approved the idea. He liked the fact that the goal was tangible and do-able (it’s not like I promised 10,000 blog subscribers). He suggested that I ask my audience to see whether they’d be interested in the course.

I’d kept my audience in the loop for a while. I had surveyed them and they knew that I was working on something. Once I asked them, they were excited about the course.

There is a lot of competition for similar products. I know this is a good thing.

But I was still stuck.

However, Henri told me what I needed to hear:

“For the product, I wouldn’t even worry about competition, because it just shows that there is an opportunity there. With my products, I’ve always looked at what other people have done, then just done it my way, and it automatically becomes unique.”

He confirmed that this is going to be a product unlike any other.

While the content might be similar in some aspects; my perspective, my views and my teaching style will differentiate it from the rest. My audience, who likes me, will be more interested in learning from me, and not from anybody else.

I kept on going back and forth between the idea of writing an ebook or creating an e-course.

I wasn’t confident that I could create a course, but my heart really wasn’t into writing an ebook, either.

This is where Henri stepped in to bring some clarity into my situation. He assured me that I could do this:

“Instead of just having a course, could you create something that grows into your flagship course that you become known for?

I loved his words. They gave me the confidence I needed.

To make sure that the whole process was do-able Henri said:

“The next step is to put your launch date in your calendar, then we’ll work backwards from there.”

I finally got the guts to announce the product to my audience. I still wasn’t sure if it is going to be an ebook or an e-course, but I decided to get started anyway.

As I kept on gathering material and started writing the content, I knew that it was too much information to put in an ebook.

This wasn’t something you could read through once. I wanted people to re-visit the material and put it into practice. I didn’t want to overwhelm my students. I wanted to see them take action.

I spoke to my closest friends, a group of readers who were in my coaching program, and I decided to create an e-course.

Henri had been encouraging me to create a flagship course, a course that I could get known for. I turned to his confidence in me that said I could pull this off.

How I Named My Course

With the e-course shaping up, there was still this tiny matter of naming the course.

As we all know, the name can make or break your product.

I had been playing with some options and asked friends for advice. Henri suggested making the name results focused. He said that he likes clear, self explanatory product names.

I was on board.

Henri was able to help me come up with the name: Get 500 Subscribers.

I liked it. With him and another friend, we came up with a rocking sub headline for the course: A Step-by-Step Guide to 500 Loyal Blog Subscribers and Kickstarting Your Online Income.

The next step was to set-up the course. I was terrified.

I had done my research and knew the membership plugins and software that were available. On Henri’s recommendation, I decided to go with Premise (we have similar sensibilities when it comes to content creation and design).

(Note: Premise is no longer available as a stand-alone product. It’s now a part of Rainmaker).

Unfortunately, I found Premise to be too hard for the first time and this is where Henri literally saved the day. He wrote back immediately with:

“Take a few deep breaths. This is normal launch freak out mode ;)”

He put me in touch with Eugen Oprea; a WordPress expert. With an hour’s consultation, my site was up and running.

I kept running into some minor issues but Henri suggested ways of working around them. His help was priceless. I couldn’t have done this without him.

I Was Also Worried About How Many Sales I’d Make

”A realistic number for conversions, it’s hard to say. Let’s say $100 product. You get 200 people on an early-bird list, maybe convert 20 just to be conservative.

You’d get paid $2,000 to create the product. And you’d get validation that this is something people want. Then you can create it, experiment, and later open it and launch it again.

So the first round would be testing the waters and seeing what people want. Your success will depend on how responsive/targeted your list is, so let the experimentation begin :)”

Taking his advice, I decided to do an internal launch. I wanted to test the waters with my email list. I wanted to get feedback before doing a bigger, more public launch.

I also did a test run of the whole purchase process with Henri and my husband. We found a few glitches. We fixed most of them, but a few remained.

For example, I discovered that the emails sent through MailChimp were not working.

Henri assured me that instead of freaking out, I could send the emails manually, because I probably wouldn’t have hundreds (or thousands) of students on this first run.

Sound advice from a pro!

So, How Much Money Did I Make?

That means I made over $5,000 from my first product with my own list. I had no affiliates. It was all me and my audience.

I did a few things right. For instance, my sales page conversion was over 15%. This is a very big deal.

The most surprising result was that the vast majority of people who signed up subscribed to my blog this year. Yup, after Jan 2013. It showed me that you don’t have to have people on your email list for a long time for them to be interested in what you have to offer.

The Biggest Mistakes I Made

I let the enrollment period run for 3 days between July 3 and July 5.

I had no idea that in the US (half of my list) this was a long July weekend.

I’m sure I lost out on a few sales there, because I’ve been told that the bulk of sales happen on the last day.

I also let a few typos slip in my emails. That must have affected my credibility. Face palm. But Henri says typos can actually improve conversions so maybe it wasn’t so bad.

Anyway, it couldn’t have gone better. I NEARLY achieved my numbers in terms of subscribers and did over $5,000 in revenue.

Not bad for a first product, right?

The Vital Role of a Trusted Coach

With Henri’s help, I felt like I could do this.

And this is why I highly recommend to anyone who wants to launch a product to get someone in your corner.

It doesn’t have to be expensive consulting, but make sure it’s on an ongoing basis for that time period and the other person is there for you when you are in panic mode.

Also make sure the person is a good fit for you.

Marya Jan is a blogging coach and trainer for small business owners. Like her on Facebook, she is very friendly!