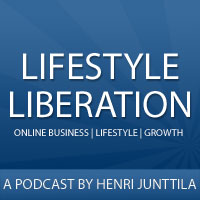 In this episode you’ll discover how to elegantly handle overwhelm.

I share my recent battles with overwhelm and how I dealt with them.

This works both in business and in life, like most of the stuff I cover.

The bottom line is that we all have to deal with overwhelm, because if you’re learning something new, you will be overwhelmed from time to time.

So the problem is not overwhelm, but how you deal with it, which is exactly what this podcast episode is all about.

Here’s a taste of what you’ll learn:

You can also subscribe to the podcast in iTunes and get automatic updates.

As always, if you have any questions, just drop them in the comments below.