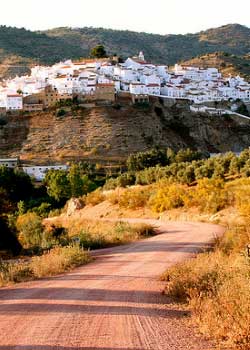 Yup, I’m back in Finland with the snow, reindeers, and polar bears.

Okay, we don’t actually have reindeers or polar bears roaming the streets, but everyone seems to think otherwise, so I’m happy to play along.

Time seems to be going faster and faster. I hardly noticed the 11 months spent in Spain. I experienced, learned, and grew a lot during this time, but it all seems like a dream.

Our dog almost died, I learned a new language, I made new friends, I solved new problems, and I got an earplug stuck in my ear. You know, the usual stuff when you travel.

I left because I felt like returning to Finland. I also realized that traveling from Spain would be harder because I had rent to pay, and a dog to take care of.

Moving back to Finland not only gives me more flexibility, but also cuts my expenses in half, which is always a nice thing when you’re fond of minimalism.

As the years have passed, I’ve learned to trust my intuition more and more. I do what feels good, and above all, I listen to my heart. That doesn’t mean I run away from fear and eat candy, it means facing my fears and giving my heart space to communicate.

It’s something you learn with time. The more you trust your intuition, even if you misinterpret it, the more you realize that you can put faith in yourself, and you can listen to your own self for guidance.

1. Openness. It seems Spanish people smile, talk, and say hi more than Scandinavians do. Don’t get me wrong though, the Finnish (and Swedish) people are pretty damn nice, too. I tend to be reserved myself when I meet people for the first time, because I never know if they are ready to meet the monster that is me, and I suspect many Scandinavians are the same way.

2. Breakdown. When I arrived in Spain, I wasn’t comfortable with the budget I had in the bank. On top of that, opening up bank accounts and getting the paper work done took longer than I expected, but through all this I learned a thing or two about myself, and collected vital experience points along the way.

3. Traveling? Easy! The more I travel, the easier it gets. I always propose massive action, because when you do stuff, you get an accurate view of reality, and you know what to expect. You can read all you want about travel, but it still won’t matter, because your experience will be different than everyone else’s.

4. Making Friends. I enjoy being alone, reading books, thinking, writing, and creating, but I don’t mind making a few friends here and there. I attended CouchSurfing language exchange meetings, where I met tons of new people. I took trips with a few of them, ate dinners, and had a lot of fun. Making friends is easy. How easy it is depends on you. Just look at Benny, he travels the world, learns new languages, and has no trouble making friends without drinking.

5. Breaking Patterns. Whenever I travel, my mind changes as much as the landscape around me. I get new ideas. I meet new people, and I learn new things. It forges new pathways in my brain, which in turn spark new, innovative, and brilliant thoughts. If you’re stuck working the same job, doing the same stuff, and eating the same food, chances are you will stay stuck ;).

6. New Language. While in Spain, I picked up a nice level in Spanish. I spent three months obsessively listening, writing, reading, and speaking Spanish, then I woke up one morning and decided I had learned enough. That’s just how I roll. I like to focus on as few things as possible, or in other words, I like to eliminate and discriminate.

7. Overcoming Fear. Moving to a new country, doing new things, and facing the unknown is scary. During the past 11 months, I ran into obstacles I hadn’t run into before, and I had to solve problems in new ways. Luckily, I quickly adapted everything was back on track in no time.

8. Minimalism. I lived for almost a year with very little. In my post radical minimalism, I wrote that I had 43 possessions, but I threw and gave a lot of stuff away, so I was probably close to 30 items for several months, and towards the end, I realized that I could’ve lived with even less clothes, as many of my shirts were only used a few times during the whole year. Now that I’m home, I have a lot of uncluttering to do.

9. We Are All the Same. When you meet people that are open, happy, and most of all, sane, you notice that there really are no differences between us. We may have different shells, come from different parts of the world, and have different beliefs, but deep down we’re all the same. Everyone is curious about you, and everyone wants to get to know new people, just like you do.

10. The Heart. Getting through more obstacles, fears, and puzzles will spark new growth on many levels, but above all in the hart area. I learned to trust my heart even more during this time in Spain, and I learned to follow my intuition just a tad more. It’s a slow, highly fascinating process.

11. Appreciate Home. Spain is cool and all, but when I got back home, it was awesome. The mundane things suddenly seemed special. I’ll get used to this soon, but right now it’s magical, especially with snow on the ground. Traveling not only teaches you stuff, but it also helps you appreciate what you already have.

I’ve been asked this questions so many times, and to be honest, I have no idea. I’m as curious to find out what I’ll come up with as you are.

But one thing is for sure, traveling will be much easier from now on, as I can leave whenever I want without having to juggle rent, the dog, and, well, stuff.

I may decide to leave for Thailand next year and spend a few months there, I may come to the U.S and explore, or I may stay put and enjoy the north. I have no idea.

That’s one of the advantages of running a lifestyle business.

As far as I know, this is the only way life should be lived.

Update: I became a father in December, 2011, so I’m enjoying seeing my son grow up.