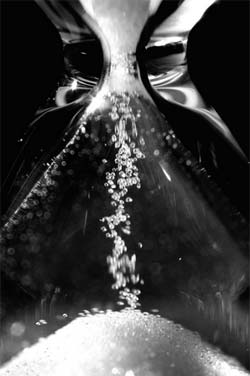 Is it inborn talent, a relentless work ethic, or something else?

I’ve always believed it was a little bit of everything (talent, hard work, luck).

In the book Outliers: The Story of Success by Malcolm Gladwell, he goes in-depth into how successful people become successful, and it isn’t all about talent and work ethic, it’s also about timing.

The 10,000 hour rule simply refers to the fact that most people get really, really good at something after 10,000 hours.

Someone like Bill Gates had a passion for computers, but he also had the opportunity to put in 10,000 hours programming at a state of the art computer early in his teens.

Without that opportunity, he probably would not be who he is today. Those 10,000 hours allowed him to take advantage of another opportunity which was starting Microsoft when the time was right.

There are a lot of bricks that have to fall in place, but nothing happens if you do not practice.

Why Should You Care?

We all want success, and we want it now.

Have you ever wondered why some people seem to catapult themselves to success while others seem to linger in obscurity?

For example, younger generations tend to be much better with computers, which means they have an easier time learning how to make a living online.

This isn’t necessarily that they are smarter, they just have more hours logged in front of computers and playing with all those things that the older generations do not yet understand.

Does that mean that a construction worker should give up his dream of building a profitable website?

That depends on how much he or she wants to do this. If they’re just after the money, it might be best to find something else, because without that internal drive and burning passion, it will be hard to get through the humps.

The Difference Between You and Me

I have been playing with computers ever since I was 6-7 years old. I still remember the first computer we had in kindergarten.

You could play a game called ski or die on it, and some kind of math game. There was only one computer, so we had to fight for time on it.

When I was 13, I got my first personal computer, where I played games, fooled around with the software, and in general broke a lot of stuff by testing things out.

I created my first profitable website when I was 14, and I started playing poker at the age of 18. So as you can see, I’ve spent a lot of time in front of the computer and online.

And let’s not forget my English skills. I started watching English cartoons when I was 7 or 8, and I’ve since then watched thousands upon thousands of hours of TV and movies in English.

This all comes together in my writing, which I have learned by writing thousands of articles and stories throughout my lifetime.

Are you starting to see how perfectly it all complements blogging and creating websites online?

What excites me about the 10,000 hour rule, even if it isn’t 100% accurate is that it helps you set proper expectations.

If you’re just getting started online, and you’ve never touched a computer, you shouldn’t expect to be rocking it instantly.

Have patience with yourself, because even if you know what’s going on, it might take you a year or two to get the hang of things, at least that was the case for me.

This takes time, but if you take one step each day, the results you can achieve are … incredible.